I came across this  very educational and eye opening article by Dr. Ann Hohenhaus DVM, DACVIM (SAIM, ONCOLOGY) and wanted to share it with everyone.

Dogs suffer from smoking-related illnesses similar to humans, like cancer and lung disease. Using sophisticated methods of measuring lung function, researchers have identified ways that secondhand smoke can constrict airways and possibly increase the production of mucous in dogs. Exposure to secondhand smoke can also have other negative effects on canine respiratory function. For example, biopsies taken from the windpipes of dogs with confirmed secondhand smoke exposure show a buildup of carbon deposits. Accumulation of carbon is exactly what is seen in smokers’ lungs and part of what leads to the development of lung cancer in smokers. The presence of carbon deposits is just another bit of proof that your smoking is affecting your dog’s health.

Exposure to tobacco smoke also contributes to an increased risk of disease in dogs. For example, the risk of developing nasal cancer increases when dogs are exposed to secondhand smoke. Allergies and scratching are two of the most common reasons veterinary dermatologists treat dogs, but did you know that a dog’s risk of developing allergic skin disease also increases with his exposure to environmental smoke? Scientists have also found that dogs with the most common form of canine heart disease, a thickening of the mitral valve, and who are also exposed to secondhand smoke suffer higher levels of damage to heart blood vessels. This damage can exacerbate the underlying condition.

Finally, the interest in the effects of environmental smoke exposure in dogs is international, and researchers have learned that some of the effects occur at the level of your dog’s DNA. Colombian and Japanese veterinarians identified a variety of changes in DNA from dogs exposed to secondhand smoke. They found that the changes in the DNA are similar to those in humans and that they are associated with smoking-induced lung disease and emphysema, as well as cancer. 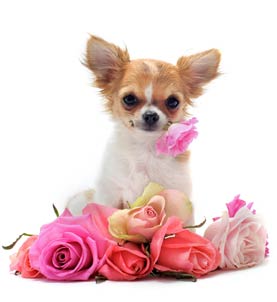